As a nurse or health support worker, you will provide care for people from diverse backgrounds, and it is important that you help to create a safe and welcoming environment for all your patients and clients. As some trans patients have reported poor experiences of health care settings, your approach has a significant impact in ensuring better health outcomes for trans patients. The RCN (2021) recommend that nurses must be positive and proactive in their approach to welcoming trans patients to their care.  Nurses must always treat trans patients in a respectful way, and if unsure about a person’s gender identity or need more clarity about how they would like to be addressed, then ask politely and discreetly. It is important to avoid disclosing a patient’s trans status to anyone who does not explicitly need to know, and to discuss issues related to a patient’s gender identity in private and with care and sensitivity.

Last month honoured trans awareness week. Trans awareness week runs from November 13th and culminates with the Trans day of Remembrance on Friday 20th November. Trans is a general term for people whose gender is different from that assigned to them at birth. Trans day of Remembrance is a day set aside to remember those that have been lost because of transphobia and violence against the trans community. From a healthcare perspective, globally, trans rights are fragile and the rates of suicide and self-harm amongst the community are at a worrying high. Concerningly, there are still approximately 37 countries have laws in place that criminalise transgender people. However, consensual same sex acts, being LGBTQ, are still illegal in 70 countries around the world and some are still punishable by death. The facts and figures are harrowing but there is something that can be done to raise awareness and improve the lives of those who are transgender or are gender non-conforming, and that is to be an ally.

The Transgender Day of Remembrance or International Transgender Day of Remembrance is a day that is held annually on the 20th of November to memorialise those individuals who have been murdered because of transphobia. It also aims to draw attention to the violence that is carried out towards many in the transgender community. The Transgender Day of Remembrance was established in 1999 when transgender advocate Gwendolyn Anne Smith arranged a vigil as a memorial to transgender woman Rita Hester killed in 1998. Initially a small local event it has grown to be an internationally recognised annual event, with events held in 185 cities across 20 countries (Stonewall, 2022). Transgender, gender nonconforming, nonbinary, and intersex (transgender and gender diverse) people across the world face widespread levels of violence and discrimination. What is also concerning are the very few countries that collect data on trans murders. Particularly when 2021 saw more than 375 transgendered people murdered, being the deadliest year since records began (Wareham, 2021).

This year, for the first time, Estonia and Switzerland reported the murders of trans people. In total, the last twelve months saw 327 reported murders of trans and gender-diverse people in the world because of anti-trans violence, according to Trans Gender Europe’s (TGEU) trans murder monitoring. Although TGEU has been collecting information since 2008, most trans murders still go under-reported. The Trans Murder Monitoring (TMM) project systematically monitors, collects and analyses reports of murders of trans and gender-diverse people worldwide. The Trans Murder Monitoring (TMM) project started in April 2009 as a cooperation between Transgender Europe (TGEU) and the academic online magazine Liminalis – A Journal for Sex/Gender Emancipation and Resistance. Key points from the 2022 TMM report can be seen in Table 1.

Systemic limitations in the collection of hate crimes data, and the persistent mis-gendering after death of transgender people lost to violence, contribute to undercounts of acts of anti-transgender violence. Despite these data limitations, data on anti-transgender homicides this year show that anti-transgender violence disproportionately harms and kills transgender women and girls of colour, and that a coordinated federal response is needed to end the crisis of anti-transgender violence and advance equality for gender diverse communities at the intersection of gender equity, racial justice, and reproductive rights. Hundreds of trans and gender-diverse people are being killed each year around the world because of transphobic violence. Decision makers must take a stance against anti-trans forces and in defence of human rights, so that everyone can enjoy their life in equality, freedom, and safety. Trans murder data continues to indicate a worrying global trend when it comes to the intersections of misogyny, racism, xenophobia, and whorephobia, with most victims being Black and migrant trans women of colour, and trans sex workers. The high number of murder reports from Latin America and the Caribbean can be considerably attributed to the existence of established monitoring systems, and must be understood in the specific social, political, economic, and historical contexts in which they occur. 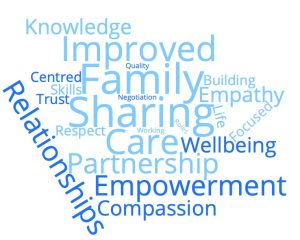